My daughter recently purchased a new bedspread for her bed.  As she has 5 peacocks as pets, what theme could her bedspread possibly be.  However, it did not come with pillowcases or pillow shams. 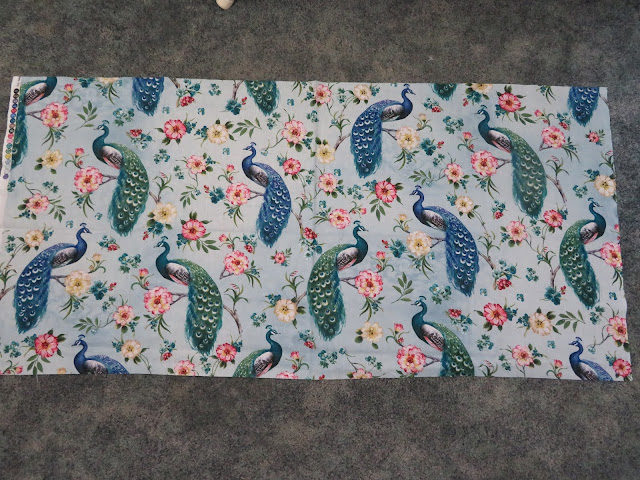 So naturally she calls on me to come up with king size pillow shams.  She purchased this fabric on line and it was left to me to make them. She did not want ruffles just very simple pillow coverings. 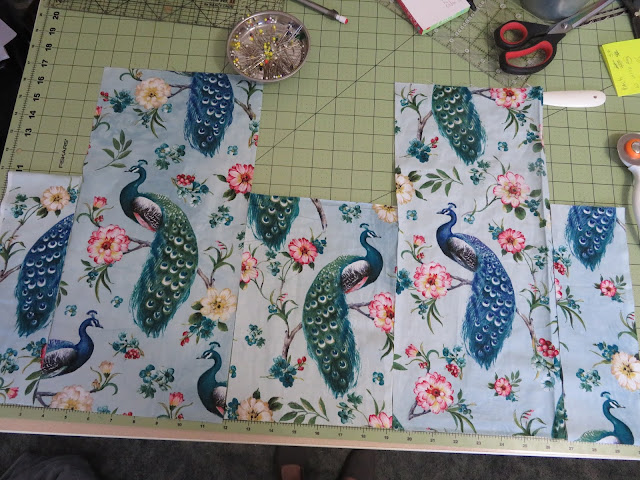 When she picked up her pillowcases, she asked if I could put a border on some decorative bath towels to match for her master bathroom.  OK, but we did have a limited amount of fabric left.  The towels she purchased were 30 inches wide and I was scrambling to get sufficient fabric fussy cut to add those borders. 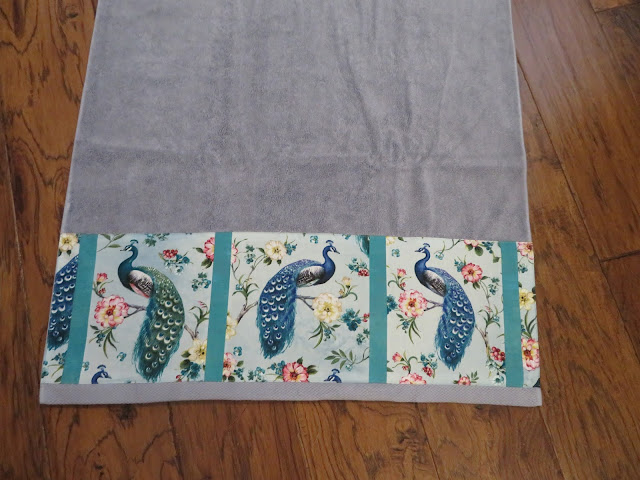 Well with a bit of additional fabric pieces I just managed to get two 30 inch wide borders done and on the towels.  I really worried about sewing them on to these really thick, fluffy towels, but them sewed on perfectly straight without even one wrinkle. 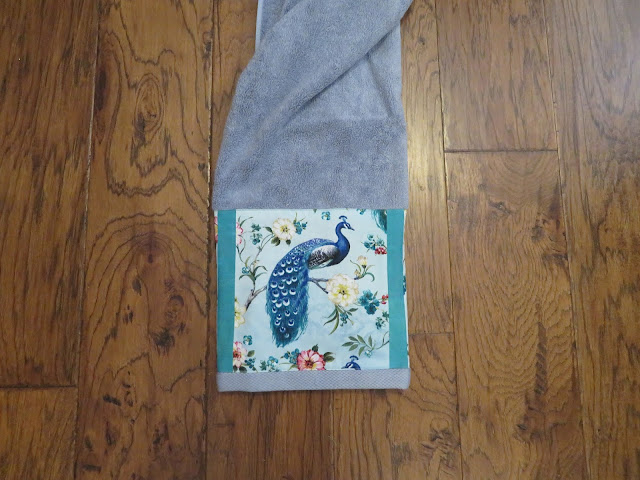 And once folded and ready to hang they look perfect. 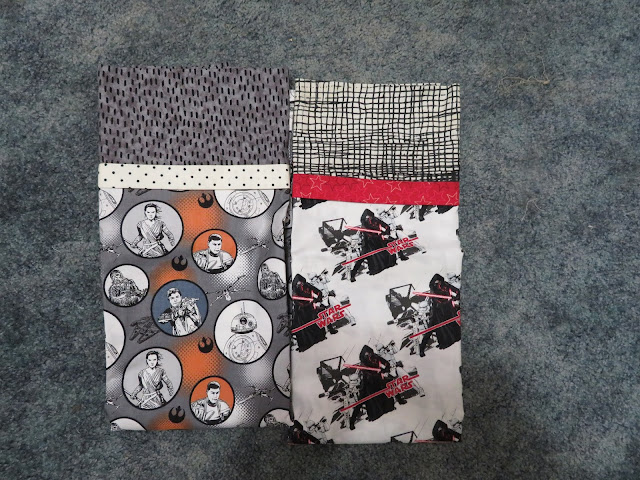 One would think after all that going on I would be done with pillowcases, but I received an e-mail from my guild's charity division with a request for pillowcases for children at a local children's hospital.  So many of the pillowcases they get are girlish, so the request was for boy themes.  I had a stash of Star War fabric so pulled these together and have two more cut out to finish this week. 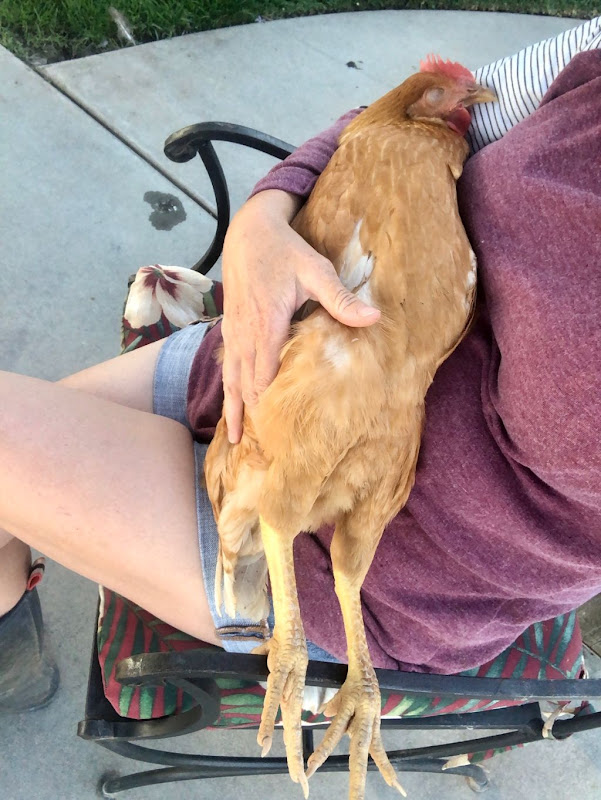 This is my daughter with one of her new chickens.  Yes, the silly thing is in her lap sound asleep.  Her husband's sister Sadie brought out five chickens for my daughter to keep along with her flock of over 20.  The chickens had been purchased for Sadie's little boy that has a number of serious medical need.  That little guy cared for the chickens, fed them, cleaned out the coop, and just loved them.  But, a neighbor complained, and even though you can keep chickens in the city, but not roosters, the city said they did not have over 40 feet on all sides around their yard and they had to go.  So they have come out to live with all the other chickens and Elliot can come out any time he wants to visit them.  A real shame when you can see how tame he had them.  The five of them just started laying eggs, so my daughter saves them special just for Elliot to take home.

Posted by DonnaleeQ at 8:37 AM 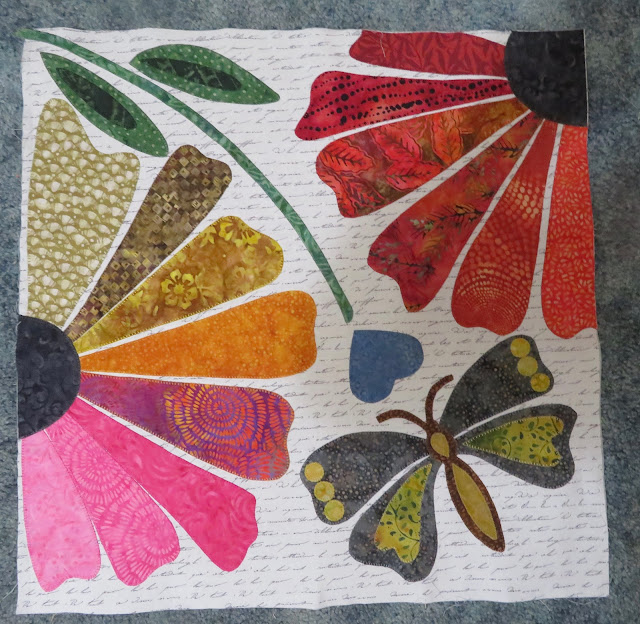