Like so many here in the United States and other countries too I am hunkered down at home.  After a week or two one gets a bit stir crazy and decides to take on a sewing task that has been put off for over a year.  And, an insane one at that. 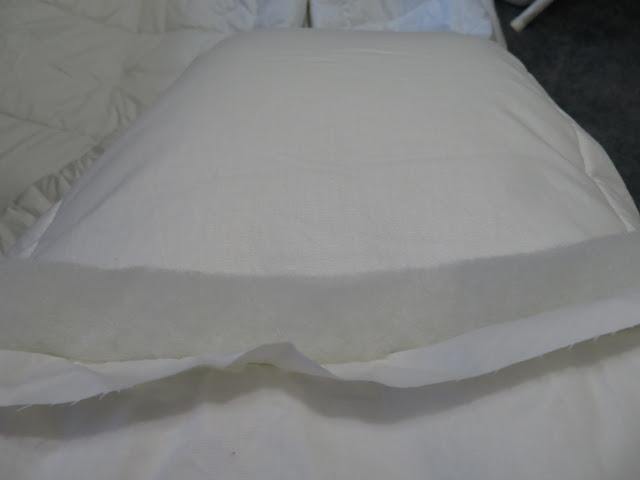 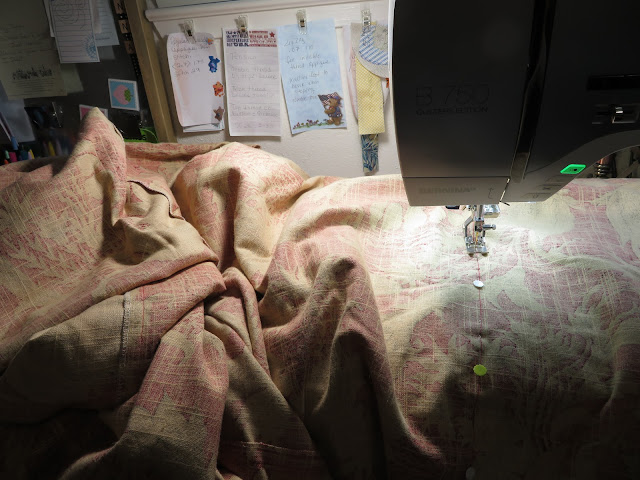 However, the cover itself was a whole other task.  It basically had to be taken apart and completely remade.  I could have bought the cover in a smaller size, it was still available.  However, the original cover cost a near fortune and the smaller size wasn't much cheaper.  I figured the worse case was I could always scrap it and buy the replacement if things really got bad. 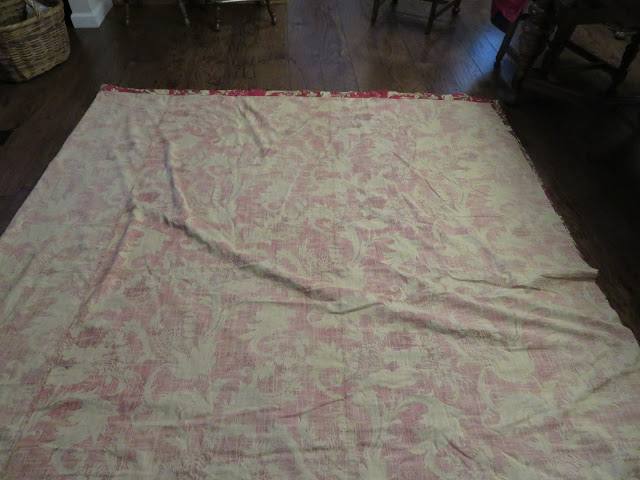 Things worked out very well, and I am just cutting down and pinning the last size seam. 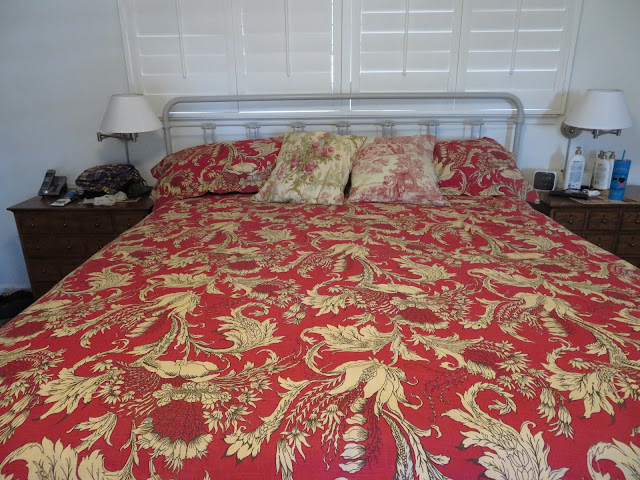 And the finished product.  It just covers the top of the bed with little hang over on sides or bottom. 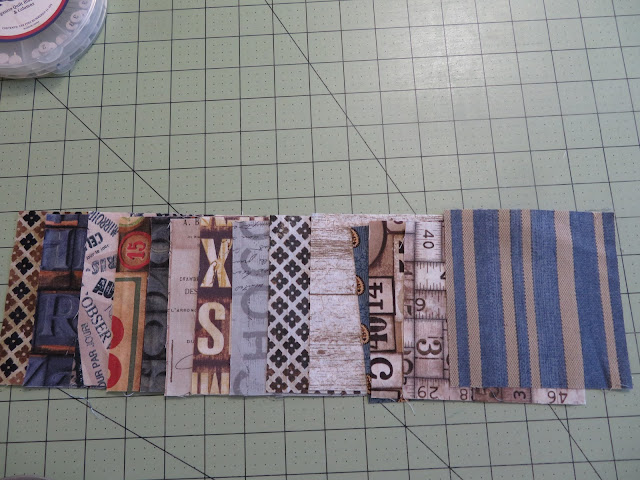 Now I am back to working on something a bit more fun.  One of the last rows of my SOS Charity Guy Quilts for my guild. 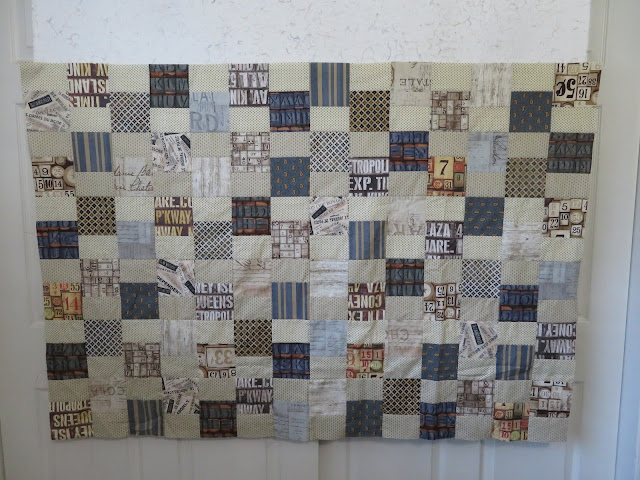 Just a few more rows to add and its done and on to something else. 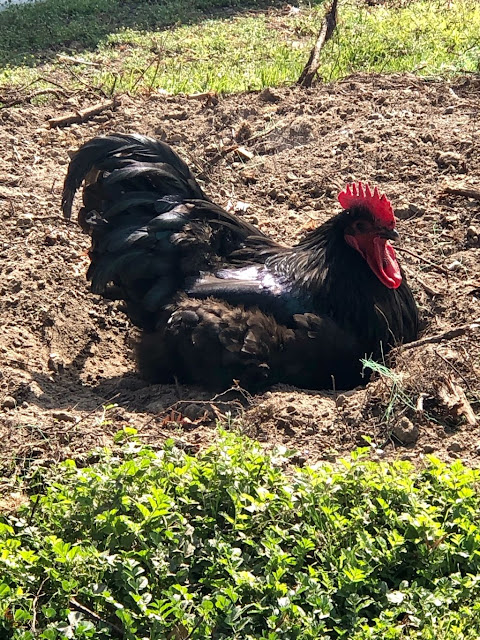 We ran a gift out for my daughter's husband's birthday this week and walked around the property for a bit keeping our 6 feet distance as directed by our state governor.  For those fans of my daughter's pets, meet Colonel Sanders having a nice dust bath in the afternoon sun. 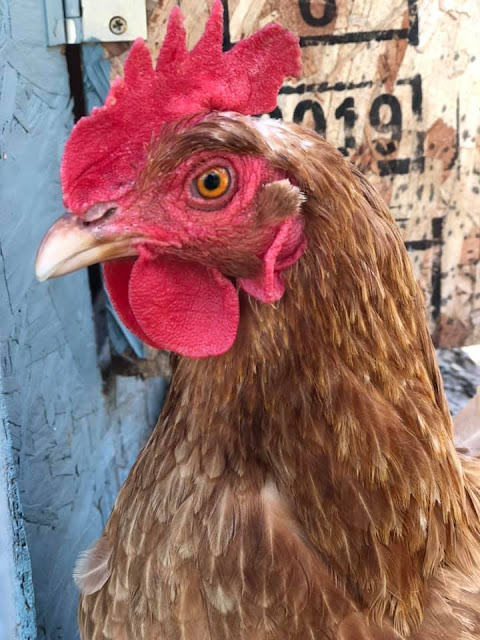 And his lady friend.  My daughter picked them up off the highway on the way home one afternoon before they became chicken patties in the roadway.  They are a bit on forced separation from the rest of the chicken gang right now as the Colonel is the jeolous type and picks fights with the other rooster when he comes near her.  Who can blame him she is quite the beauty at least he thinks so.

Posted by DonnaleeQ at 7:21 AM 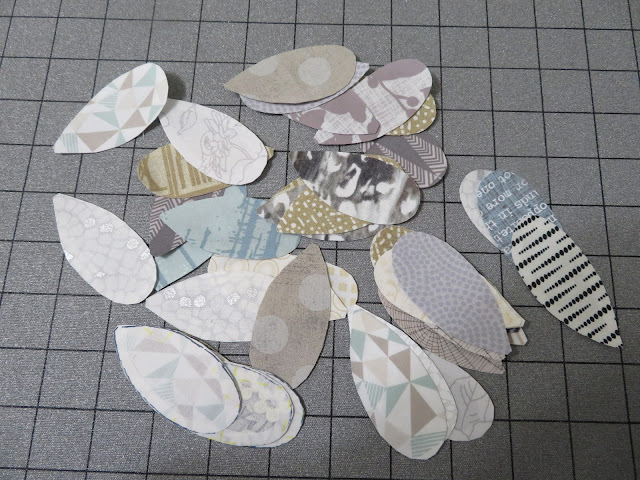 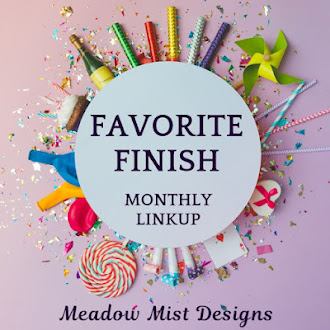 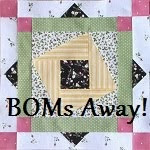 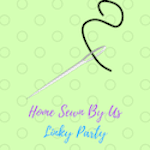 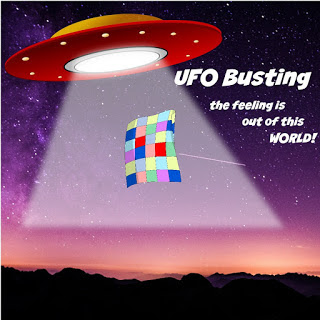